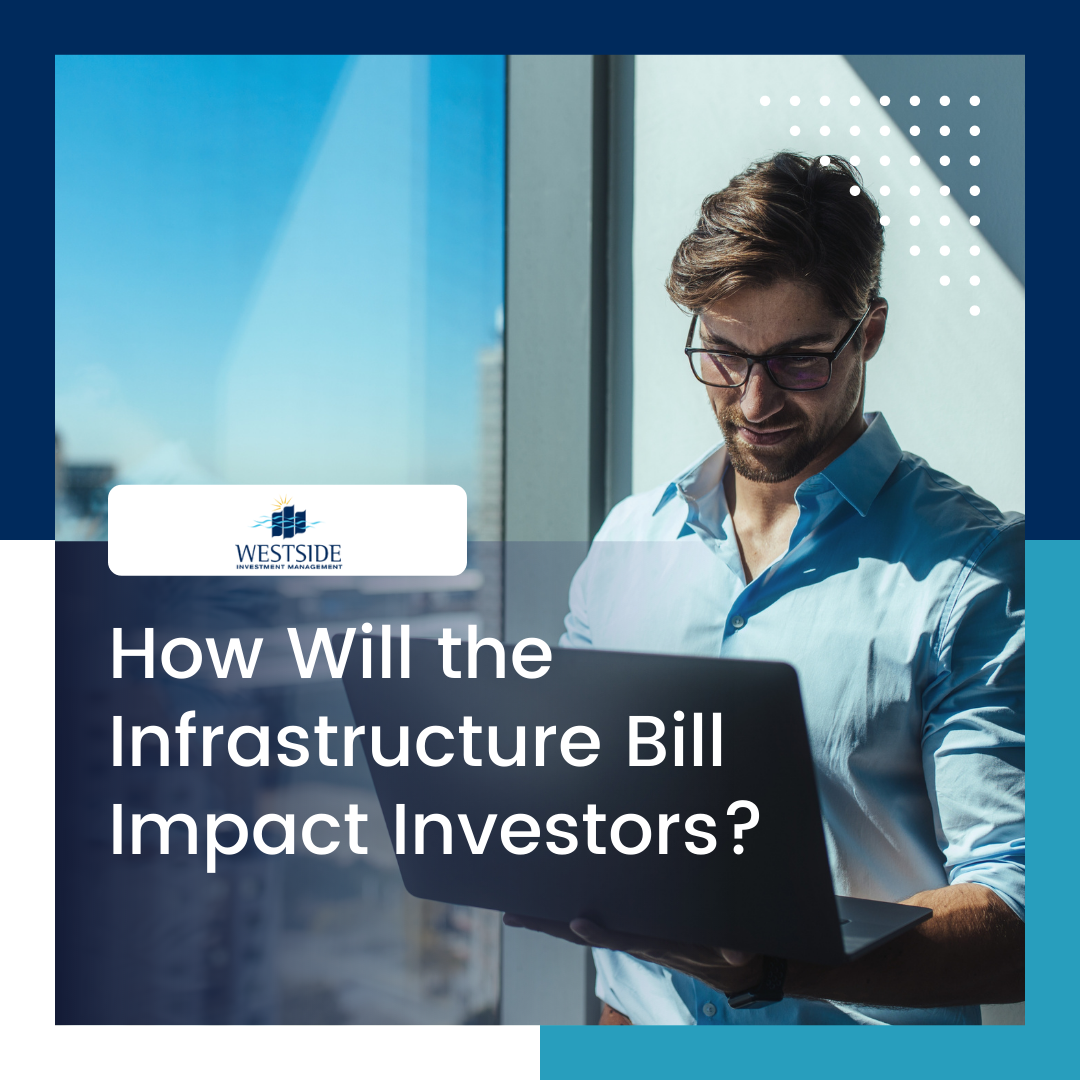 How Will the Infrastructure Bill Impact Investors?

In a late-October victory for construction companies, public utilities, and electric vehicle manufacturers alike, Congress passed a trillion-dollar bill designed to preserve, revitalize, and expand the country's infrastructure. President Biden has now signed it into law. While this bill has been long-awaited—and is an integral part of President Biden's Build Back Better plan—some critics are concerned about its hefty price tag. Below, we discuss some of the bill's potential impacts on investors.

What's in the Infrastructure Bill?

Among other earmarked funds, the infrastructure bill includes:

· $110 billion for roads, bridges, and major construction projects (including $40 billion for bridge replacement)1

Though it often takes years for major infrastructure projects to come to fruition, this may be an exception. Transportation Secretary Pete Buttigieg indicated federal officials are prepared to get the ball running as quickly as possible on these requests and purchases.

For many, the infrastructure bill has been a long time coming. Not only did President Biden run on a platform of increasing federal infrastructure spending, but former President Trump also touted his commitment to infrastructure during his term. Despite these much-needed upgrades to roads, bridges, and broadband internet, some investors are concerned about the bill's cost and whether this government spending may further drive up inflation.

However, some lawmakers have indicated that this law is likely to be revenue neutral. Between unspent pandemic-relief funds, reclaimed unemployment benefits, increasing tax transparency for cryptocurrency investors, and the addition of certain government fees, there's already plenty of money

to be spent. As the effects of the infrastructure bill begin to be realized, it may generate additional taxes and spending on its own.2

Investors may want to investigate funds serving the broad categories most likely to be boosted by the infrastructure bill. Construction and material supply companies may get a boost, as well as companies that focus on mining the materials used in EV charging stations. Oil and gas companies, on the other hand, may face a hit as the demand for EVs are likely to increase. By carefully pursuing the infrastructure bill and discussing your options with your financial professional, you may be in a good position to take advantage of sale prices on assets that are likely to increase in value in the near future.

The opinions voiced in this material are for general information only and are not intended to provide specific advice or recommendations for any individual. To determine which investment(s) may be appropriate for you, consult your financial professional prior to investing. All performance referenced is historical and is no guarantee of future results.

All information is believed to be from reliable sources; however, LPL Financial makes no representation as to its completeness or accuracy.

This article was prepared by WriterAccess.